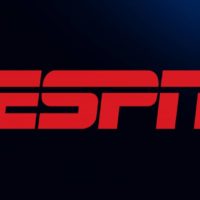 ESPN’s Stephen A. Smith once again apologized on Tuesday after his insensitive remarks about Los Angeles Angels star Shohei Ohtani’s use of an interpreter. In a segment on ESPN’s morning talk show “First Take,” Smith said Monday that Ohtani, a Japanese-born player who has drawn comparisons to Babe Ruth, couldn’t be the face of the sport because he uses an interpreter. Said Smith: “I understand that baseball is an international sport itself in terms of participation, but when you talk about an audience gravitating to the tube or to the ballpark, to actually watch you, I don’t think it helps that the number one face is a dude that needs an interpreter, so you can understand what the hell he’s saying in this country.”

Smith offered an apology late Monday, saying: “As an African-American, keenly aware of the damage stereotyping has done to many in this country, it should’ve elevated my sensitivities even more. I screwed up. In this day and age, with all the violence being perpetrated against the Asian Community, my comments — albeit unintentional — were clearly insensitive and regrettable. I’m sincerely sorry for any angst I’ve caused with my comments.”  On Tuesday, Smith used his opening remarks on ESPN’s morning talk show “First Take” to again apologize: “I want to express my sincere apologies to the Asian community and the Asian American community. I am a Black man. I religiously go off about minorities being marginalized in this nation.”

Smith was widely criticized, including backlash from his fellow colleagues. Former ESPN commentator Keith Olbermann called for his suspension, saying his comments were particularly dangerous at a time of heightened anti-Asian violence.