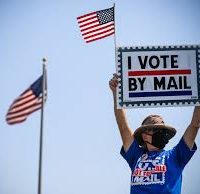 MADISON, Wis. (AP) — Republican lawmakers in battleground Wisconsin have introduced a series of bills designed to make it more difficult to vote absentee. The effort comes after former President Donald Trump made unfounded claims of widespread voter fraud after his narrow loss to President Joe Biden by less than 21,000 votes. Democratic Gov. Tony Evers is all-but certain to veto the bills should they pass the Republican-controlled Legislature. The Milwaukee Journal Sentinel reports that the measures released on Monday show the priorities of Republicans and what they may try to enact if a Republican is elected governor in 2022.