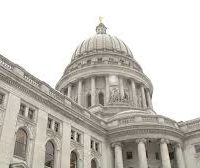 MADISON, Wis. (AP) — The Wisconsin Senate has overwhelmingly passed a pared-down COVID-19 relief package. And Democratic Gov. Tony Evers has promised to sign it if it clears the Assembly. Evers and Republican legislative leaders have been trying to hammer out a compromise package for weeks. Assembly Republicans passed a bill last week, but Evers opposes it. Senate Republicans scaled the measure back. They removed provisions that would prohibit local health officials from ordering businesses closed for more than two weeks at a time and block mandatory vaccinations. The body adopted it on a 29-2 vote on Tuesday and sent it back to the Assembly. An aide for Speaker Robin Vos didn’t respond to a message asking about the bill’s chances.