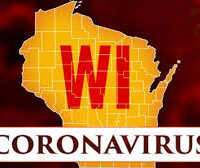 MADISON, Wis. (AP) — Wisconsin has broken the record for new positive coronavirus cases for the third time in a week as a surge that began in early September shows no signs of abating. The state also hit a record highs for hospitalizations on Friday. Also on Friday, a third lawsuit was filed arguing that Democratic Gov. Tony Evers had overstepped his authority by issuing public health emergencies and implementing a statewide mask mandate and capacity limits for bars and restaurants. Evers launched a television ad criticizing Republicans for inaction. President Donald Trump planned to hold a rally Saturday in the state.