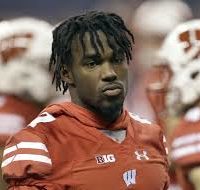 MADISON, Wis. (AP) — A woman who accused former Badgers football player Quintez Cephus of sexual assault in 2018 is suing the University of Wisconsin-Madison over its decision to reverse Cephus’ expulsion and allow him back on the football team. Cephus was acquitted of sexual assault last year after a jury trial and he was soon re-admitted to the university and was once again catching passes for the Badgers. The lawsuit filed in federal court in Madison by “Jane Doe” accused the university and its chancellor of ignoring state and federal law by shutting her out of the process that allowed Cephus to be re-admitted and return to the team. Cephus was signed by the Detroit Lions earlier this year.