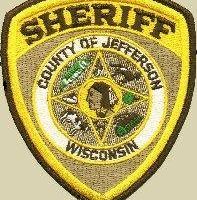 A burglary call resulted in a shootout with deputies and a house going up in flames on Tuesday, according to the Jefferson County Sheriff’s Office.

Dispatch received a 9-1-1 call reporting a burglary in progress at a home along County Highway A in the Town of Sumner near Fort Atkinson around 6:00 p.m.

When a deputy arrived on scene, shots were fired from inside the home, according to the Jefferson County Sheriff’s Office.

The deputy was able to return fire and take cover before noticing thick, black smoke coming from inside the residence.

As of Wednesday morning, there was no word of any arrests that had been made in connection with the incident.

The Wisconsin Department of Justice Division of Criminal Investigation is now leading the investigation.