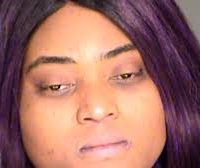 A former Fond du Lac woman charged  in the 2018 death of her infant daughter  has been bound over for trial.   Probable cause was found at a preliminary hearing Friday for 26 year old Shauntina Fuller-Panky on a charge of first degree reckless homicide in the death of  2-month old Rehloari Pankey-Brown.    According to a  criminal complaint an autopsy showed the baby died from a large skull fracture.  Fuller-Panky  was  arrested January 9  in Milwaukee by Fond du Lac Police Detectives.  Assistant police chief Steve Klein says the incident happened on June 25, 2018.   Police were called to a home in the  100 block of E. Merrill Ave. for a report that a baby  was choking.    Officers arriving on the  scene attempted CPR, but the infant was later pronounced dead  at the hospital.  An autopsy conducted on the infant determined that the cause of death was the result of a homicide.  Fuller-Panky is being held in the Fond du Lac County Jail on $500,000 cash bond.