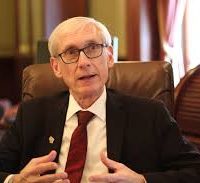 School funding did not come up in the assembly this week despite Governor Tony Evers’ call for a special session to discuss spending surplus money on education. Last week, the Democratic governor announced a plan to spend $250-million dollars of the state’s projected budget surplus on public schools. Some of the money would go toward school-based mental health services. Heather DuBois-Bourenane of the Wisconsin Public Education Network says there’s another component of the plan they support that would boost special education aid.   “That is a funding gap that could be closed a little but with this proposal and open up money that districts need today to fill essential program and staffing services,”  she said.    Last year, a nonpartisan research group said Wisconsin’s reimbursement rate for special education funding is 25-percent, which is considered low.  Fond du Lac superintendent Dr. Jim Sebert says money that would be targeted toward  special education will be very beneficial for the Fond du Lac school district.  “We transfer, generally speaking around $9 million in Fund 10 into Fund 27 to pay for special education services,”  Sebert told WFDL news.  “Obviously those (dollars) are important and we need to serve kids and we need to meet their needs.  But if there was more money in special education that would leave more money we could use for other purposes.”    Republicans control the Legislature, and party leaders have given a cold shoulder to the governor’s proposal.   They instead want to use the surplus to provide more tax relief and pay down debt. Supporters of Evers’ plan say it would allow districts to rely less on property tax hikes.

Second Cut: Dubois-Bourenane says the possibility of keeping property tax rates in check should be attractive to Republican lawmakers.

Tag:  According to the governor’s office, nearly one million state residents have voted to raise their own property taxes for local schools since 2011. It’s unclear if Republicans will meet in special session to discuss the plan. G-O-P leaders have ignored special session requests from Evers on separate topics.