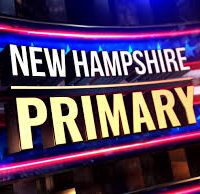 A retired Ripon College political scientist says this week’s New Hampshire primary were big victories for two Democratic candidates who didn’t win.   Bernie Sanders won the primary by  narrowly edging moderate rival Pete Buttigieg and scoring the first clear victory in the Democratic Party’s nomination fight.    But retired Ripon College political scientist Marty Farrell says Sanders was expected to win.  Farrell says Buttigieg and Amy Klobochar who finished third should feel very good about their showing.  “Really the big winners I think are Buttigieg who got just as many delegates out of it, nine, as did Sanders, and Amy Klobochar who came in a fairly strong third,”  Farrell told WFDL news.  But Farrell cautions with much bigger states coming up in the weeks ahead its an overreaction to read much into the results from both Iowa and New Hampshire.