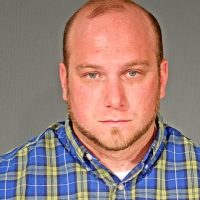 A former Mayville police officer has been convicted of three felony counts of Misconduct in Office.

31-year-old Mark Forster reached a plea deal in Dodge County Court this week that saw him enter a “no contest” plea to the three felonies.

A judge accepted the pleas and found Forster guilty on each count.

Three other counts, including a felony charge of Child Enticement, were dismissed but read into the record.

Forster had an inappropriate sexual relationship with an underage girl while acting as a uniformed member of the Mayville Police Department.

He resigned from the department in 2016.

You can read more about our extensive coverage of this case by clicking here: http://www.great98.net/?s=mayville+officer&submit=Search