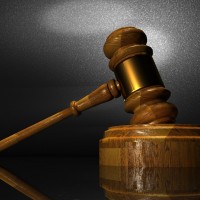 A Fond du Lac man has been sentenced to life in prison without the chance for parole for shooting a Beaver Dam man to death and burying him in a shallow grave.

Schultz eventually admitted to deputies that he had shot Gerke 16 times because Gerke was going to turn him back into police.

Schultz had been convicted of 10 felonies prior to the murder and had just gotten released from prison for a previous conviction.

Dodge County District Attorney Kurt Klomberg did not hold back after sentencing, saying “I am totally convicted he will kill again if given the opportunity. In the end, I can find no redeeming value in this individual and I believe he should never be allowed to be released from prison.”