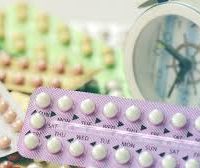 MADISON, Wis. (AP) — Wisconsin’s Republican-controlled Assembly has passed a bill opposed by anti-abortion groups that would broaden birth control access.  The bill would allow pharmacists to prescribe hormonal contraceptive patches and birth control pills to anyone 18 or older. Under current law, only doctors can prescribe them.  Anti-abortion groups oppose the measure, arguing that increasing access to birth control encourages premarital sex and the odds of unintended pregnancies and abortions.  Democrats have questioned the intention of Republicans, saying they are pushing the measure to make themselves more electable. Democrats favor a more expansive proposal that had no age limits on who could get the birth control.  The bill would also have to pass the Senate and be signed by Democratic Gov. Tony Evers before becoming law.