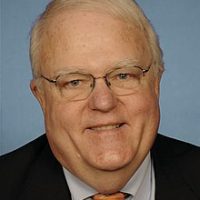 WASHINGTON (AP) — Veteran Wisconsin Republican Rep. Jim Sensenbrenner announced his retirement from Congress on Wednesday, making the former House Judiciary Committee chairman the 15th GOP lawmaker to say he will step aside before next year’s elections.

Sensenbrenner, 76, was first elected in 1978 and is the second-longest serving current member of the House, trailing only Alaska Republican Don Young in seniority.

Sensenbrenner said in a statement that when he first began public service, “I said I would know when it was time to step back” and that he’d decided now was that time.

Two other House members also announced Wednesday they would not seek reelection next year: Bill Flores, R-Texas, and Susan 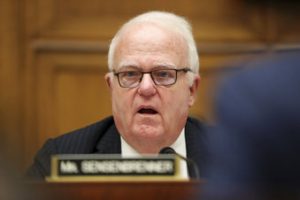 FILE – In this July 24, 2019, file photo, Rep. Jim Sensenbrenner, R-Wis., asks questions to former special counsel Robert Mueller, has he testifies before the House Judiciary Committee on Capitol Hill, in Washington. Sensenbrenner says he is retiring from the House. First elected in 1978, the conservative and former House Judiciary Committee chairman is the chamber’s current second-longest serving member. Sensenbrenner says in a statement Wednesday, Sept. 4, that he will not seek re-election in November 2020. (AP Photo/Andrew Harnik, File)

The spate of House Republican retirements puts them ahead of their pace during the 2018 election cycle, when 34 did not run for re-election.

That was the party’s highest number of retirements since at least 1930.

Even so, his departure adds to a parade of GOP lawmakers who will not be back, including at least four seats that Democrats have a legitimate shot at capturing, and will complicate Republican efforts to win back the chamber’s majority .