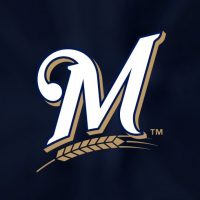 The Milwaukee Brewers will open the 2020 MLB regular season against a familiar foe.

The Brewers will open with a home stand as St. Louis comes to Milwaukee for a three-game series after the Cubs series.

The first road series for the Crew will be on April 2-5 at Philly, then two quick games at Cincinnati.

The 2020 season will wrap up with seven straight games for Milwaukee, three at St. Louis on September 21-23 and four at San Francisco on September 24-27.