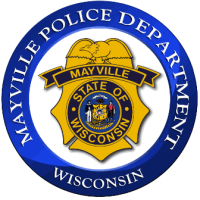 Interim Chief of the Mayville Police Department Ryan Vossekuil will be sworn in next week, according to a press release from City Hall.

The news comes after Vossekuil and the City reached an agreement last night for him to take over the department.

The two sides had gone back and forth for two months, after an initial offer from the City was rejected by Vossekuil, because it contained a provision that would have placed him on a probationary period and left him vulnerable to early termination.

The swearing in ceremony will be held next Thursday, November 9th at 6:00 p.m. at City Hall. The public is welcomed to attend.